Mr. Cumbelich is the founder and Chief Executive Officer of John Cumbelich & Associates. Headquartered in Walnut Creek, CA, the firm has been responsible for several of the highest profile retail real estate transactions in Northern California since its inception in 2000.

John has more than 30 years of retail real estate experience and has personally been involved in transactions totaling in excess of $3.5 billion. He has successfully built one of the most respected retail real estate firms in the west and the leading independent retail firm in the San Francisco Bay Area. The firm focuses on the following business lines: the representation of premier retailers and restaurants; the representation of select high profile retail centers, High Street leasing, and investment sales in the Bay Area’s premium retail sub markets.

John is a founder of X Team International, a partnership of 35 North American brokerage firms, and he served both as President of the organization and as a board member.  He is a member of the International Council of Shopping Centers (ICSC) and has served as Chairman of the Northern California Conference on multiple occasions.  Throughout his distinguished career, John has also served as an advisor to local municipalities and institutions alike, such as the City of Walnut Creek, the City of Hercules and Mills College of California.  John has served as a speaker and commentator both at industry conferences and in both regional and national publications including The San Francisco Business Times, Shopping Center Business, BISNOW and GlobeSt.com.

Mr. Cumbelich holds a Bachelor of Arts degree from the University of California at Berkeley.

Mr. Cumbelich is a member of the International Council of Shopping Centers and has been Chairman of the Northern California Idea Exchange on three occasions. He is also a board member emeritus of X Team International. 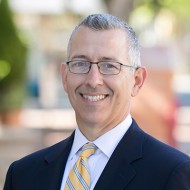